Vincent Glode joined the Finance Department at the Wharton School in July 2009 after earning his PhD in finance from Carnegie Mellon University.  His research is mainly theoretical and studies how financial intermediaries create and allocate surplus in the economy.  His papers have been published in leading academic journals such as the American Economic Review, the Journal of Finance, the Journal of Financial Economics, and the Review of Financial Studies.  He has served as associate editor at Management Science and the Journal of Empirical Finance.  He is also an elected board member of the Finance Theory Group and a CFA charterholder. 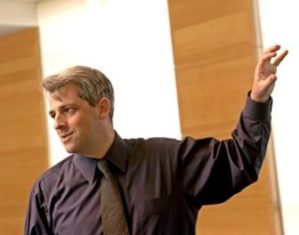 ay Goldstein is the Joel S. Ehrenkranz Family Professor in the Finance Department at the Wharton School of the University of Pennsylvania. He is also the coordinator of the Ph.D. program in Finance. He holds a secondary appointment as a Professor of Economics at the University of Pennsylvania. He has been on the faculty of the Wharton School since 2004. Professor Goldstein earned his Ph.D. in Economics in 2001 from Tel Aviv University. He is an expert in the areas of corporate finance, financial institutions, and financial markets, focusing on financial fragility and crises and on the feedback effects between firms and financial markets. His research has been published in top academic journals, including the American Economic Review, the Journal of Finance, the Journal of Financial Economics, the Review of Economic Studies, and the Review of Financial Studies. His research has also been featured in the popular press in the Economist, Wall Street Journal, Financial Times, Bloomberg, Forbes, National Public Radio, and others. Professor Goldstein is the Executive Editor of the Review of Financial Studies, where he was an editor before for five years. He also served as an editor of the Finance Department in Management Science and an editor of the Journal of Financial Intermediation. He has served as an academic advisor at the Federal Reserve Banks of New York, Philadelphia, and Richmond, the Bank of Canada, and the Committee for Capital Markets Regulation. He was the co-founder and the first president of the Finance Theory Group. He is a director of the American Finance Association and the Western Finance Association and has been a director of the Financial Intermediation Research Society. He has taught various undergraduate, M.B.A., Ph.D., and executive education courses in finance and economics. Prior to joining Wharton, Professor Goldstein has served on the faculty of Duke University’s Fuqua School of Business. He had also worked in the research department of the bank of Israel.

Nadya Malenko
Professor Malenko joined the Carroll School of Management at Boston College in 2011 after receiving her PhD in Finance from Stanford. Her research interests are in the areas of corporate finance and corporate governance. Her research studies the effectiveness of shareholder voting rules, the role of proxy advisory firms, the design of decision-making procedures in corporate boards, and the optimal allocation of authority in organizations. Her papers have appeared in leading academic journals, including the Journal of Finance, American Economic Review, Journal of Financial Economics, and Review of Financial Studies.  Professor Malenko has taught courses in corporate finance at the undergraduate and graduate levels. She is an Associate Editor at the Journal of Finance, Review of Financial Studies, and Journal of Corporate Finance, and is a member of the board of directors of the Finance Theory Group, Financial Intermediation Research Society, and Midwest Finance Association. 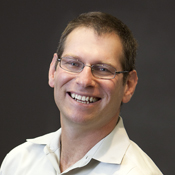 Ohad Kadan
Professor Kadan joined the Olin Business School in 2002 after receiving his PhD from the Hebrew University of Jerusalem. He is now the H. Frederick Hagemann, Jr. Professor of Finance and Vice Dean for Education and Globalization at Olin.  In his research he studies aspects of liquidity, information, risk, and incentives in markets. He has studied the optimal design of electronic limit order markets. He has also studied the optimal design of compensation contracts for both management and lower tier employees. His work also includes examinations of the information content in analyst recommendations and option prices. Ohad has received several awards for his research and teaching and is now serving as the president of the Finance Theory Group. Uday Rajan
Professor Rajan’s research focuses on informational frictions such as adverse selection and moral hazard and their effect on market transactions, with recent work on the role of credit ratings in the financial markets and on bank regulation. Uday was a Vice President of Fixed Income Research at Drexel Burnham Lambert in the late 1980s, and received a PhD in Economics from Stanford University in 1995. He is an Editor of the Review of Corporate Finance Studies and an Associate Editor of the Journal of Finance, and has been an editorial review board member at Marketing Science and an Associate Editor at Management Science. He is a former President of the Finance Theory Group. He has received MBA teaching awards at the Ross School and at Carnegie Mellon, and a PhD teaching award at the Ross School.